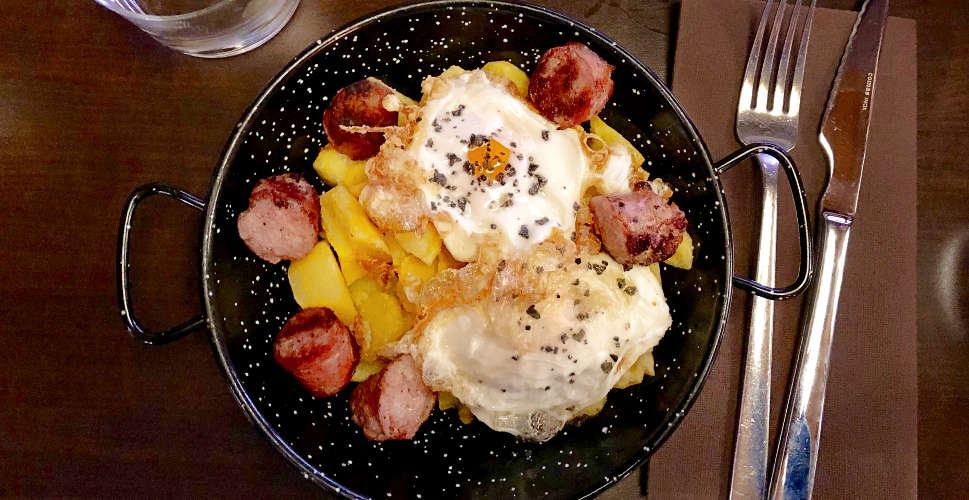 Baqueira-Beret: Put on your gluten free boots to ski on the best slopes in Spain!

After our trip through Vienna and Budapest I went with my parents to the snow. Every year I try to take a few days to go with them, because we love skiing, and this year was not going to be the exception. The skiing station that we like the most is Formigal, not only for the slopes, but also because it is very easy to eat gluten-free. However, this time we decided to change and we chose Baqueira, north of Lleida.

The truth is that I was excited to come back, since the last time I was there it was a year ago with Santi, in Andorra. The first day we left quite early from Cuenca, but still we did not arrive there until 3pm. This time we were staying at the Parador de Artíes and as we arrived so late we decided to eat at their restaurant. As in other Paradores, they adapt to gluten free whatever you want from the menu and they have Betina bread. As a starter, I ordered an onion soup and the main course was an iberian ham sandwich. Sometimes simple dishes make your life easier!

The hotel is not far from the slopes, so after eating and organizing things we went to visit Baqueira, which is the central area of the station. We also went up to the Bonaigua port, because there are spectacular views. 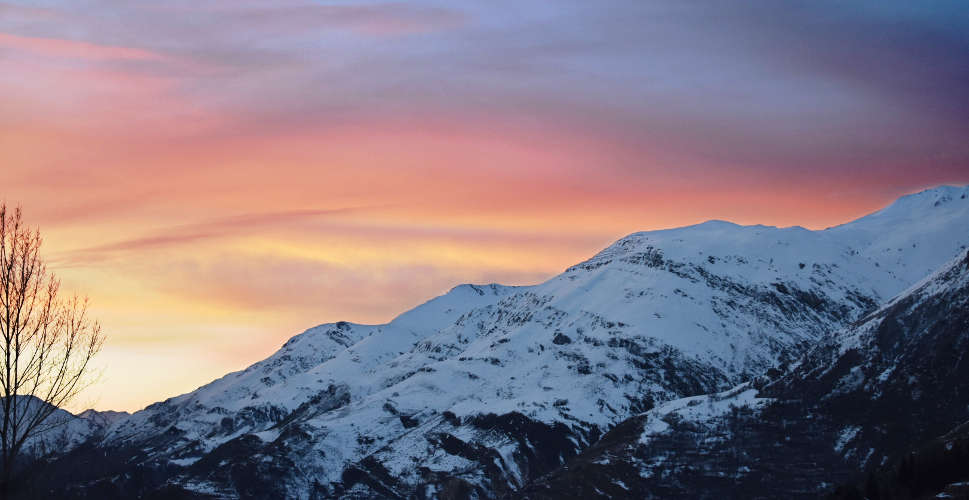 For dinner we decided to stay at the Parador because we were tired, we would have time next days to try other gluten free restaurants! Dinner is not served in the same restaurant as the lunch. They served it the cafeteria, and the truth is that we loved it. The menu was different and this time they brought me a table of allergens from the dishes. I already knew what I wanted since we got in the restaurant: cheese fondue. With gluten-free bread, of course. It was exquisite.

I was really excited to start the next day as we were finally going to ski. At breakfast there were gluten-free products from Adpan, as is usually the case. I asked them to toast the bread (in the kitchen, so there is no contamination). This time I ate toast with chocolate cream, but I also love butter and sugar.

Ready to start we went to Baqueira to rent the material. The weather forecast was really bad, but like in our summer trip through Europe, the forecast was wrong and we had a great wheather. We could enjoy it a lot. Even though the forfait is expensive, it is worth it because the tracks are incredible.

We also asked for places to eat gluten at the information office and they had told us that in almost all the restaurants they had food for coeliacs (you can see it at the end of the post). We decided to eat at El Bosque because it was the closest and we liked it a lot. They have different areas to order depending on what you want to eat: pasta, sandwiches, meat… it was very similar to the Vapiano in Vienna. They told us that they had gluten-free bread and that they could also prepare pasta, as usual, they warn you that they take a little longer. That day I wanted meat, so I ordered half a roast chicken with roasted potatoes. It was very good. 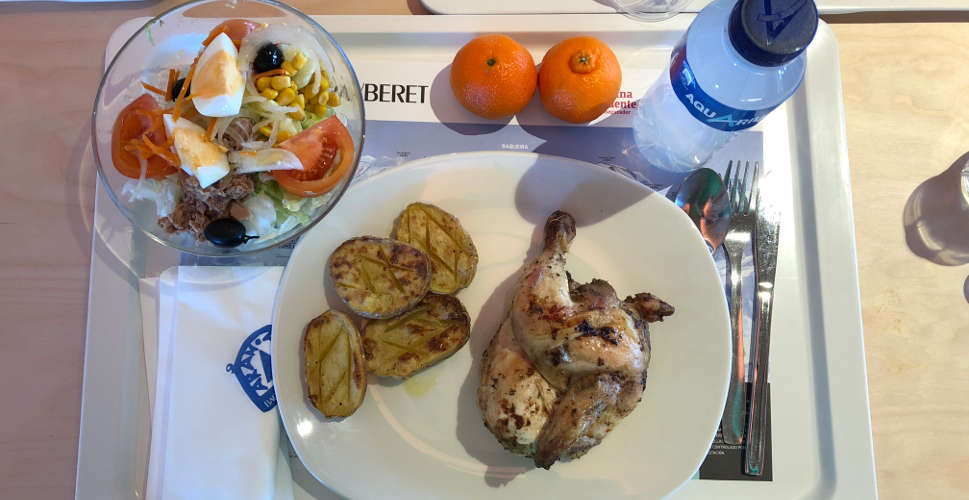 In addition, I was surprised to see that in the dessert area they had several Schär products. It is a good detail.

In the afternoon, we took a walk through the town of Artíes, which we had not seen yet. It’s small, but it has some beautiful houses and streets. For dinner we decided to stay at the Parador again, because again we were quite tired. That day we changed the fondue for a plate of hummus, which was also very good. And a plate of iberian ham, which can never missed.

The third day also surprised us with a clear sky, so we decided to take some skiing lessons. I had some incredible stiffness, because I’m still learning to do snowboard, but I survived. 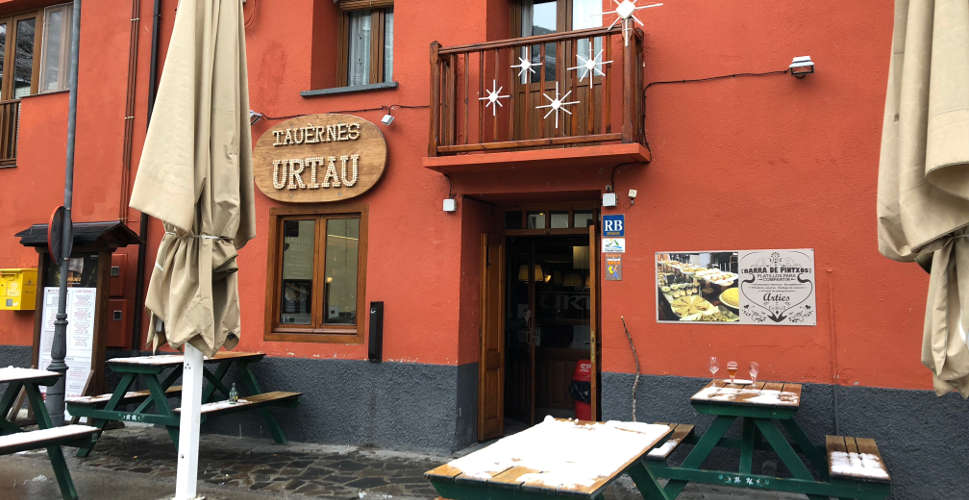 To eat we decided to go down to the town, because everyone had told us about a restaurant and we really wanted to try it. It is called Tauernes Urtau (Plaza Urtau, 12 – See update below!), and is well known for its pintxos. They have them all in the bar and you take them directly (later you keep the chopsticks and according that they charge you by the number of sticks you have in the plate). They also have a menu, with some really interesting dishes. I asked them about gluten free and, after talking with them, I felt much calmer as they know a lot about it. They explained me the dishes of the menu that could be adapted, which were many. Also, they told me they had gluten-free bread and that they could make me as many the pintxos as I wanted. 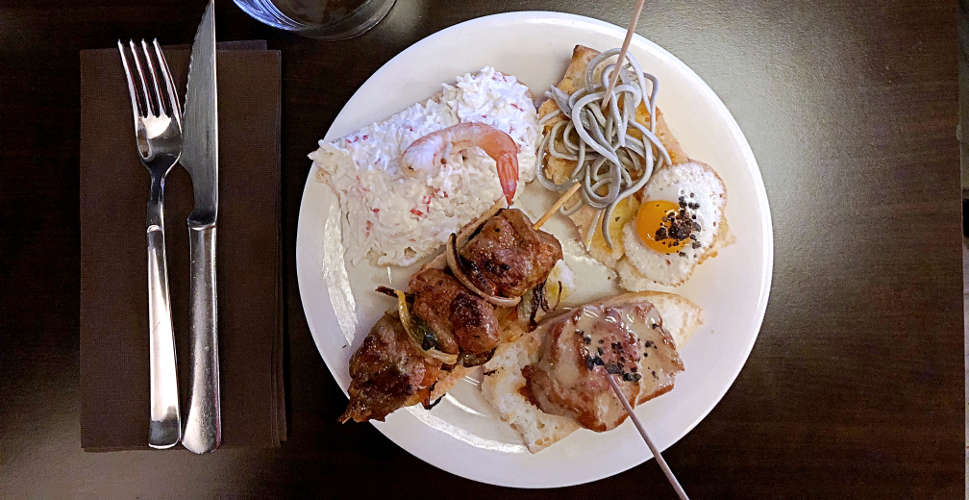 For the size of the gluten-free bread I could order four, so I chose the ones you see in the photo. One of gulas with fried egg, another of crab salad, one “pintxo moruno” and the last of sirloin with walnut liqueur sauce. Everyone was very very delicious.

We also ordered a plate of Aran sausage to share, which was also very good. And my mother ordered for some sliced mushrooms that were also gluten free so I could eat them. Oh, and for those who like it, they also have gluten-free beer! For gluten free dessert they only had crème brûlée and egg custard, so we ordered both.

In the afternoon we went with the car to Beret, which was the area that we had not visited yet. It is much flatter than Baqueira, but there was a lot of snow. We were also about to go for a ride on a sled pulled by dogs, although in the end we did not. Maybe next time.

For dinner we resorted again to the hotel. Does not it happen to you sometimes? When you discover a place where they offer great gluten free food, you no longer want to move from there. Anyway, I ordered my star dish: iberian ham and a loaf of bread. The other dish in the photo is fried eggs with ham, which was also gluten free.

Having good weather for three days in a row was too much, so it finally changed. The bad wheather did not make skiing impossible, but it was cloudy and snowing all the time. Even so, it was the last day, so we decided to take advantage of it as well.

After a hard morning we decided to go back to eat at Tauernes Urtau, because there were too many things that we had left to try. On this occasion I changed the pintxos for a plate of fried eggs with potatoes and sausage. That was a good choice too.

In the afternoon we decided to take it off for relaxing and we preparing the luggage to go back. At this point I think you can guess what happened at dinner… yes, we stayed at the hotel. And yes, we ordered again the cheese fondue. What can I say, it was so good! Also, it’s not a dish that we usually eat, so…

Our last day wheather was great again, but we could only close the suitcases and start the way back. We stopped to eat at the Parador de Teruel, which we already knew and we knew it was fine. I ordered some lamb chops with peppers and potatoes. For my joy they changed the typical roasted potatoes for French fries, so I have no complaint. 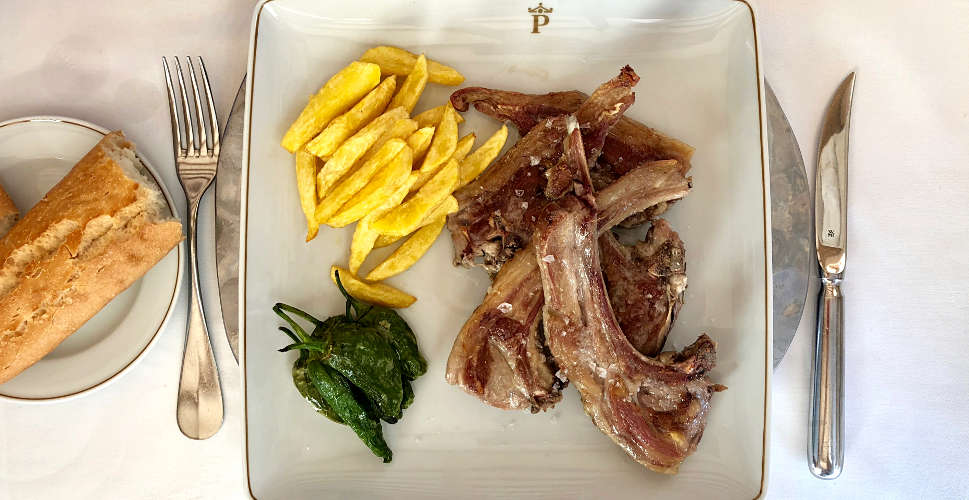 And this was our trip!

UPDATE (October 2020): In September 2020 we repeated the experience in this area and, apart from discovering other gluten-free restaurants that we will share in other posts, we returned to the Tauernes Urtau of Arties. We suppose that they had reduced the menu as a consequence of the pandemic caused by the Covid-19. Anyway, the butifarra and the hamburger, this time, were not suitable. Please, ask before ordering so that they can tell you what dishes are gluten-free on the menu at that time.

In Baqueira you will find the following gluten free places:

You will find everything in their website and in the maps of the slopes.

Apart from del Tauernes Urtau, in Artíes there is also:

See the pictures of this trip here. 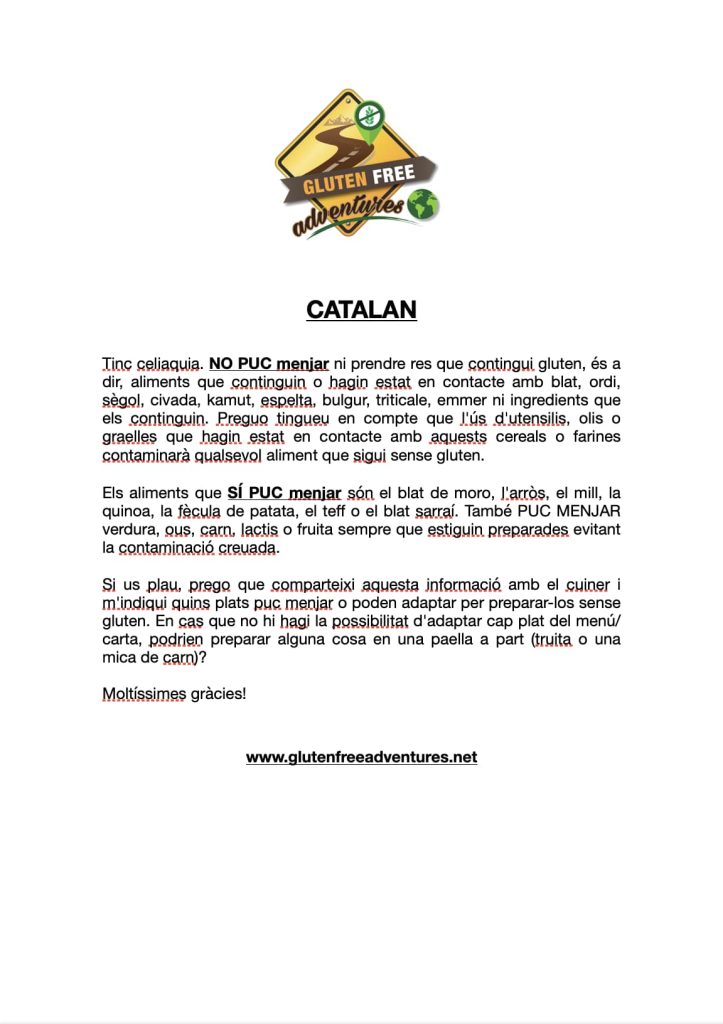