And we continue with the trip of Isabel through the North of Spain!

After spending two days in Villafranca del Bierzo, our next stop was Cangas del Narcea. I was really looking forward to arrive there, since everyone knows it as ‘the paradise for celiacs’. Would it be as good as they say?

In this case, the Parador is not located in the same town of Cangas del Narcea. It is in Corias, a small village next to it. Actually, you can walk from one to another and takes only 20 min. It is a very pleasant walk if the weather is good weather, although not so much if it rains in torrents, as happened to us.

To eat the first day or think, we went straight to the Pulpería Terras Gallegas at number 26 Calle Uría, as we saw it when we entered to the town. We read online that they could adapt everything in the menu, except the croquettes. Upon arrival, they told us the same. We chose to order several plates to share them so we could try a little of everything. 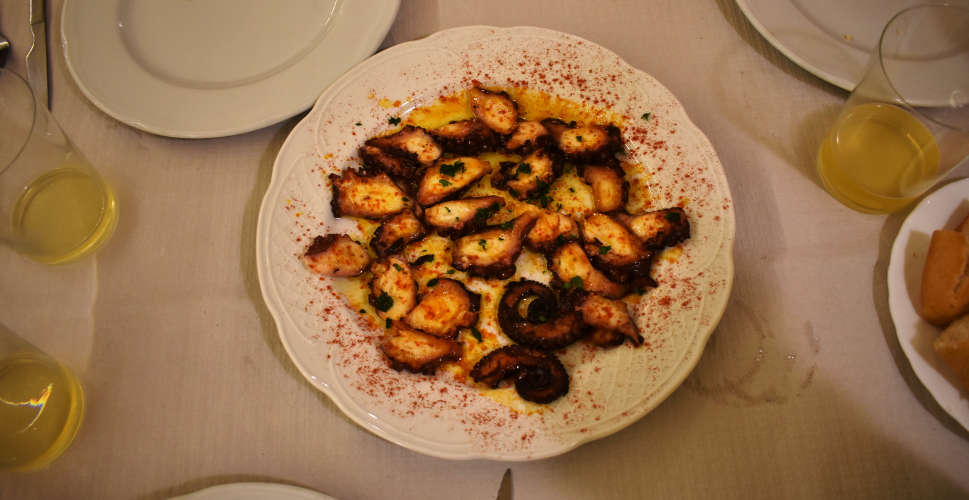 Of course, they also put us gluten free bread (Betina again). We ordered chipirones, scallops, grilled octopus and lacón (pork similar to ham) with potatoes and peppers. Everything was unbelievably good.

I have to highlight the scallops, which I had never tasted and I was surprised of how good they taste; and the lacón, which has nothing to do with what is found in other parts of Spain, delicious too! We accompanied all this food with a natural cider, of course, which is typical from that region and gluten free.

Finally, even though we were quite full, we could not resist having a rice pudding for dessert. And it was a great choice. Actually, I would say that it is the best rice pudding I have ever tasted. Amazing! 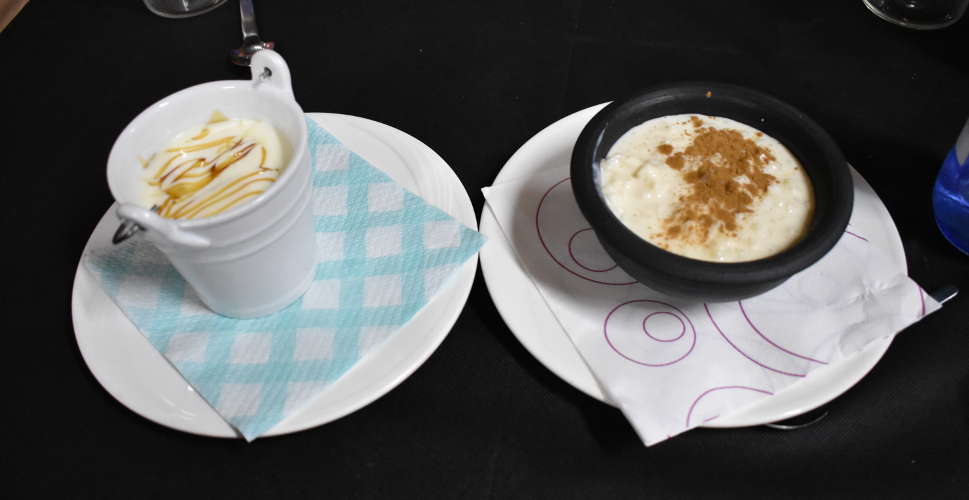 That day it was raining a lot so we didn’t do much in the afternoon. We went to the Corias medieval bridge and visited the church next to the Parador. We did a very interesting guided tour. The guide was very nice and told us some very curious details. The Parador is an old monastery, and we would also have liked to do one of the dramatized visits they did, but we did not have time. 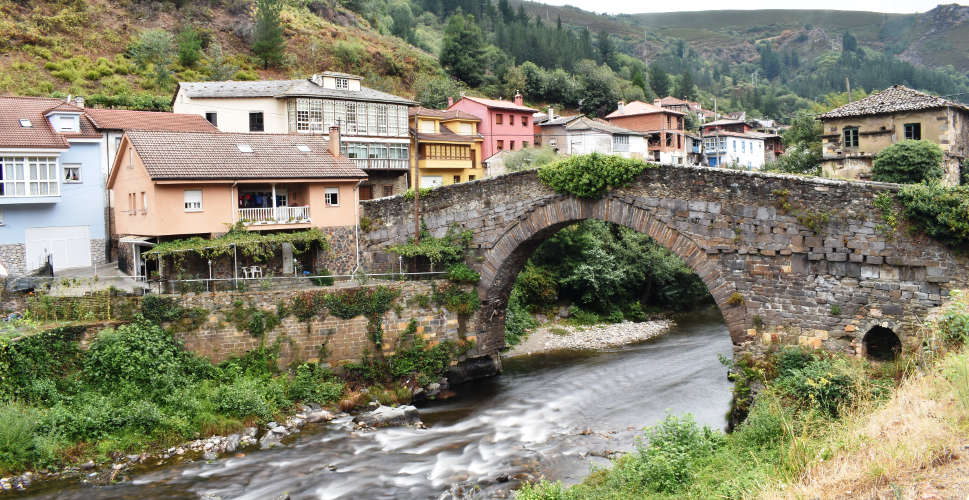 For dinner we wanted to go down to the village to try another of their famous restaurants, but we had had quite cold days and I didn’t feel very well, so we decided to have dinner at the Parador. We opted for Iberian ham with bread and tomato. Afterwards, a glass of hot milk and direct to bed, the next day was going to be intense. 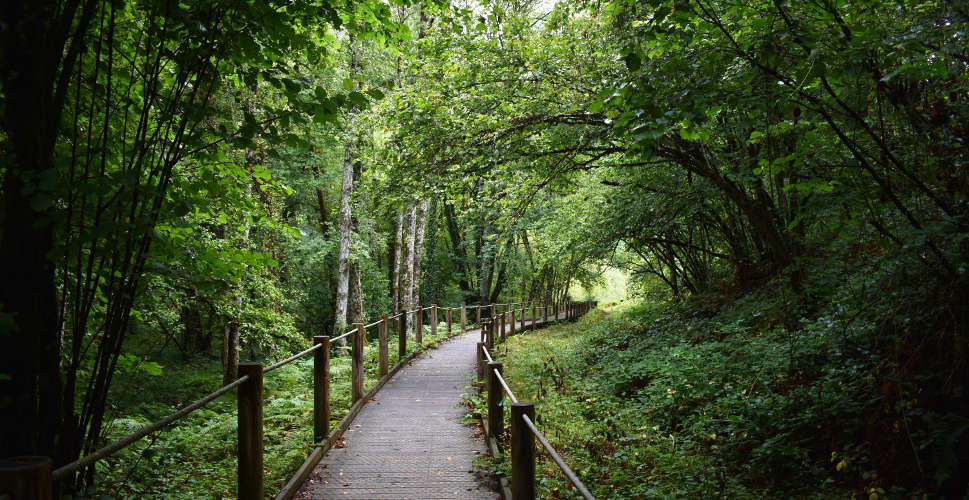 On Thursday we had booked a visit to the Muniellos Natural Park. In case you do not know, they only allow 20 people per day, therefore, you need to book several months in advance. In addition, you must confirm the reservation 15 days before, so it is important for you to remember it! Once there you can do two routes: one short and one long. We opted for the “short”, which despite its name, takes about 5 hours in total. It is important to wear proper clothing and, above all, proper footwear, because in many sections the track is difficult and steep. In any case, the 5 hours we worth it. 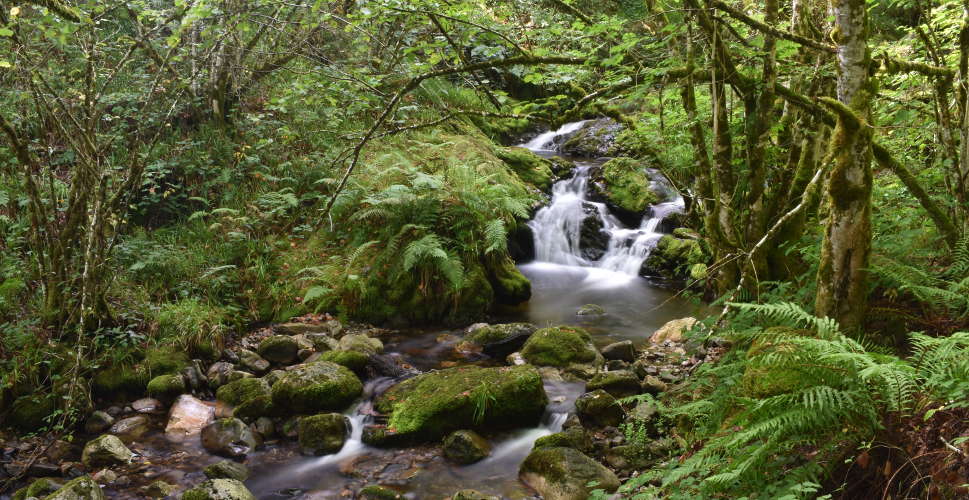 As we would spend almost all day there, we planned to eat in the forest. The previous day we ordered a picnic at the Parador, mine gluten free, of course. Mine was a lot like the one we were prepared at the Parador de Bielsa: they put me two sandwiches of ham with tomato, an apple, a pear and yoghurt. Also, I had a “Quesada” (a typical dessert of the north of Spain), which was very good.
Initially, our plan was different, since we thought to go for the famous bread of Isocel Bakery, because we read that it was incredible. However, when we arrived we saw that they were on vacation. Anyway, we were really looking forward to it, but we already had an excuse to come back another time!

After spending all day in Muniellos, we went up to the Sanctuary of the Virgen del Espino, as they say it has some of the best views of Asturias. Unfortunately, up there was really foggy, so the only thing we could see was the little church.
Even though it was 8pm (quite early for Spanish people) we were already starving, and thinking about what restaurants to chose didn’t help us, so we went straight for dinner. That day we chose Sidrería Narcea from number 12 of Dos Amigos Street. 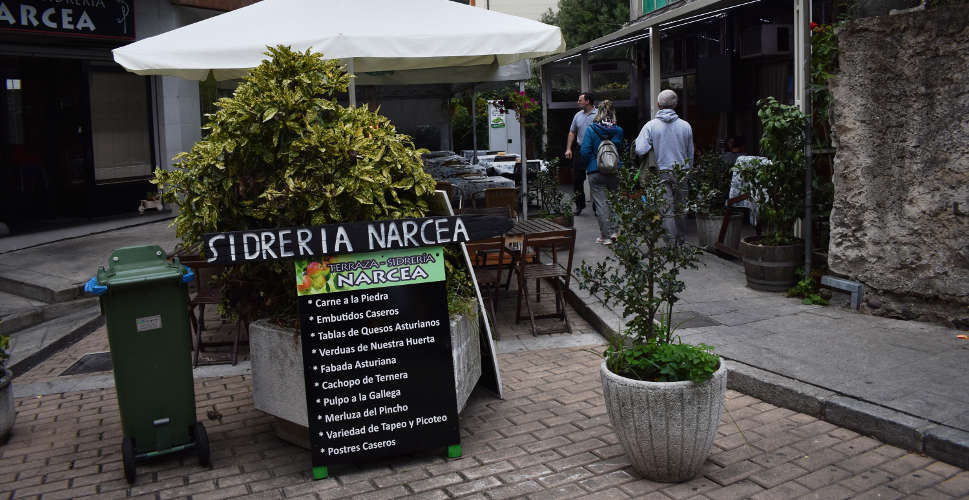 After asking and making sure there were no issues with cross contaminaton, we ordered for gluten free bread. To drink: cider, of course. Again almost everything in the menu was adaptable, so to start we ordered some fries with cabrales cheese sauce. 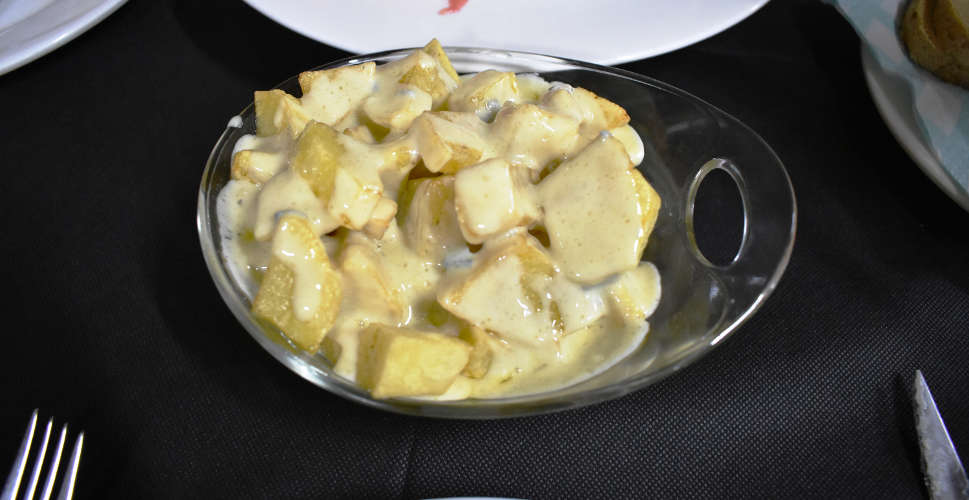 Then, a great salad of tuna and tomato and a “cachopo” came to the table. 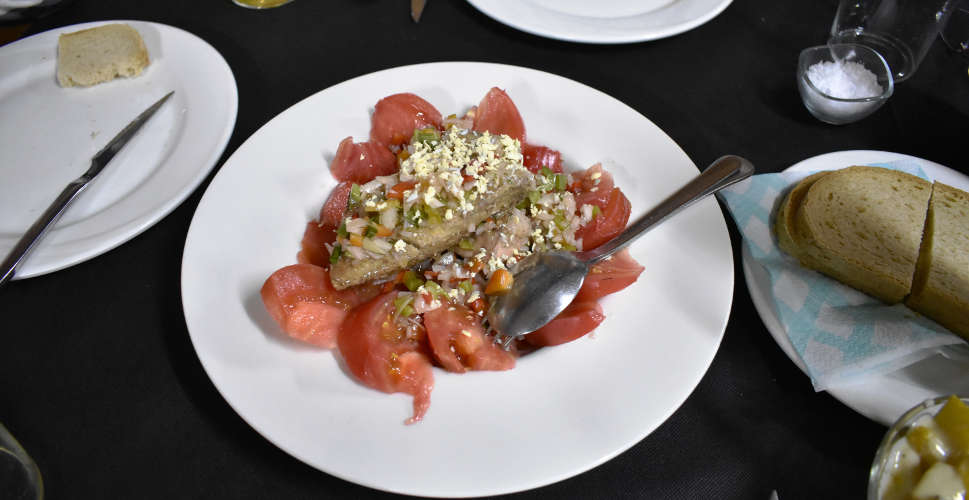 Just to explain what is “cachopo”, it is a typical dish of this region, consisting of two breadcrumbed beef steaks with ham and cheese in between. This had gluten free breadcrumbs, of course!

Again it was all delicious, plus the portions were quite big… impossible to feel hungry after such meal. In fact, when we ordered we were warned by the waiter, because we also wanted to try some spicy pork sausages cooked with cider. He was right, but I was really looking forward to eat them… another excuse to go back!

For dessert we ordered cottage cheese with honey and rice pudding, and they served us some shots of “orujo” (grape liqueur), to help us making the digestion.
I have to make a special mention to the waiters, who treated us great, it was a very nice dinner.

To finish I can only say that everyone says that Cangas del Narcea is the ‘paradise for celiacs’ and I can confirm they are rgith. Even though I only spent two days there, I can only say that the food was great and they treated me even better. If you have the opportunity to visit this small town of Asturias, pack your luggage and come! You won’t regret.

If you are looking for other restaurants in this area, below you will find some more: