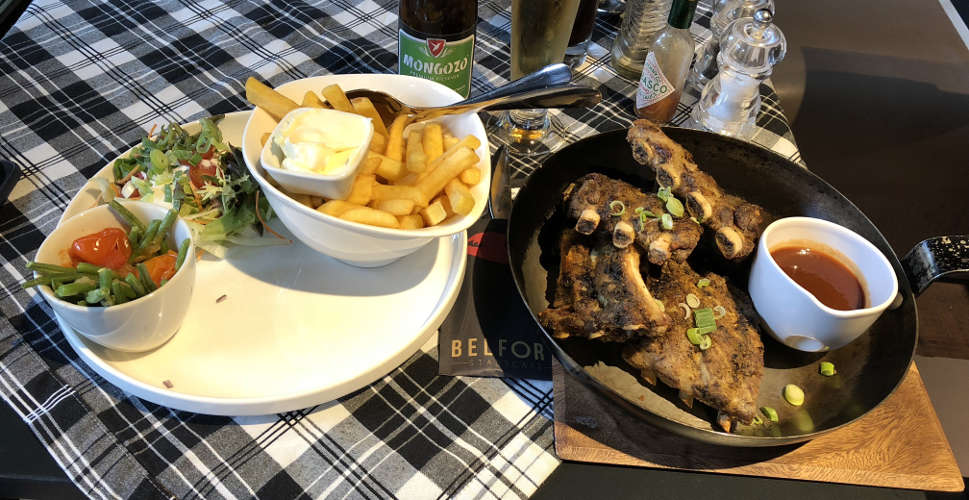 Ghent: where gluten free happiness has the shape of a bonbon

That day we did not have to get up early to get to Ghent. From Antwerp, we only had an hour’s drive, which was perfect. Halfway, we decided to stop at a service area to prepare a sausage sandwich and eat the last brownie we had left.

During the trip, we took the opportunity to solve the issue of parking… the Gluten Free Cruiser did not fit in the garage of the apartment we had rented, so we had to look for a parking lot of more than 2m minimum height. We found it very close to the center, on Sint-Michelsplein street 8. The parking place is called the same as the street. 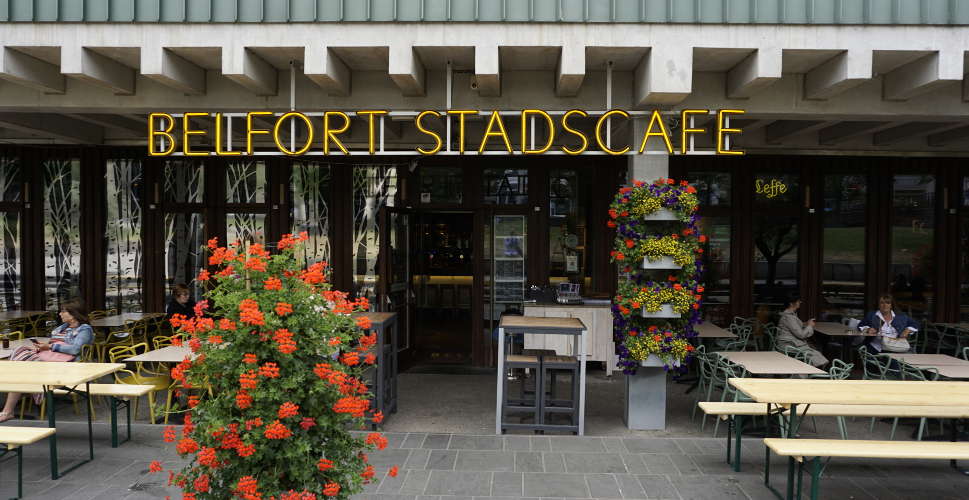 Once installed in a small apartment in the pedestrian area, we went for a walk in search of gluten free restaurants in Ghent. We decided to go to the Belfort Stadscafe on Emile Braunplein Street 40. It took us a while to find it. It’s in a garden below the Stadshal. 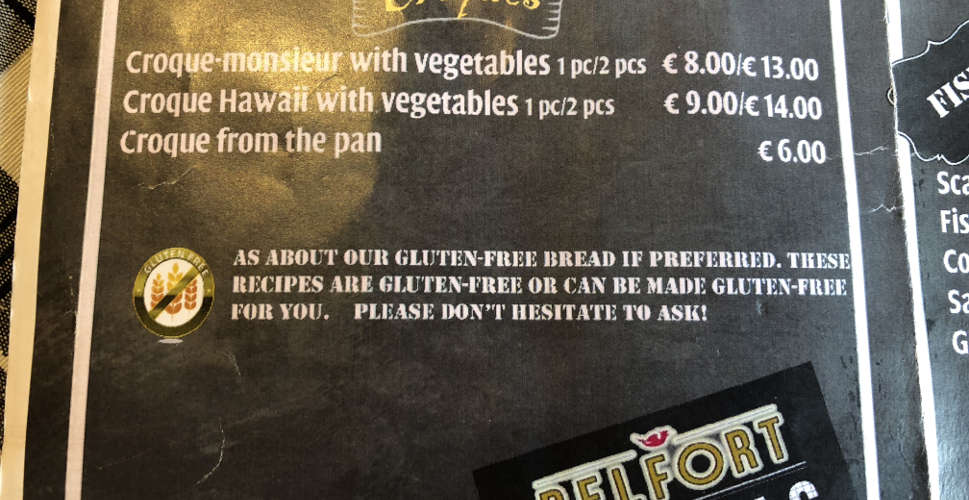 Upon entering, we were greeted by two waiters. We asked for the gluten-free menu and, for a moment, we understood that they could not help us. We had misunderstood it! In fact, they had everything very well indicated on the menu. All the dishes with the gluten-free symbol – it was not the official one – next to each dish were suitable for coeliac diet. And there were quite a few options! 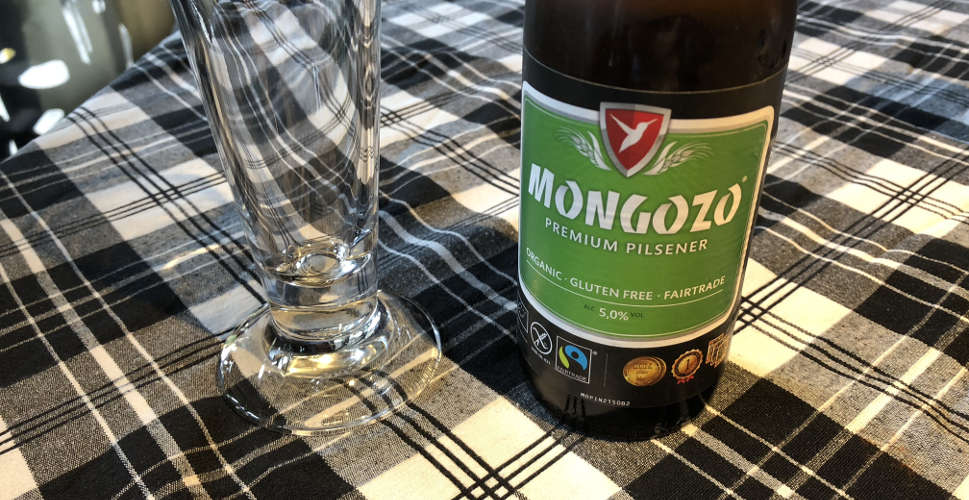 We were very hungry… and this is bad when it comes to ordering, as you usually order too much food… besides, we did not know how big the portions were!

As always, we were going to share everything! Isabel ordered some Spaghetti Bolognese. We hallucinated when they brought us the plate… there would probably be 300gr of pasta there… 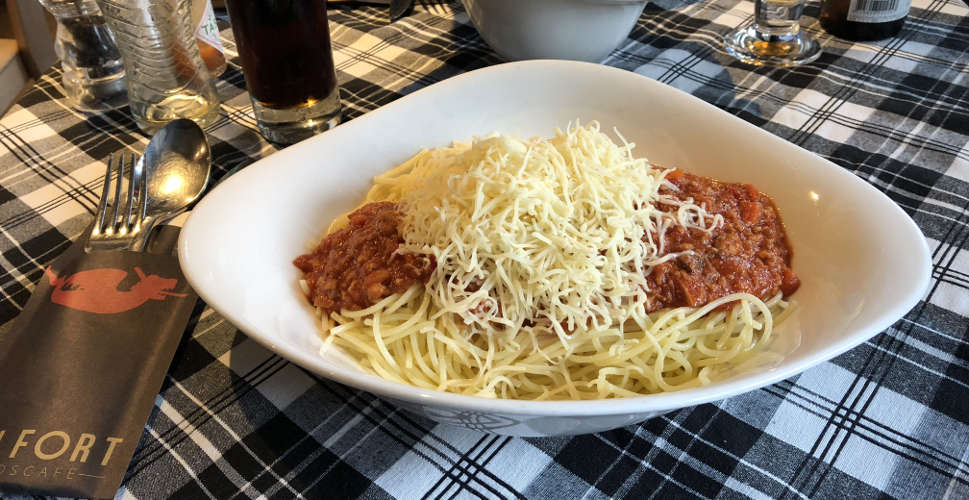 Then, they brought my pork ribs with Belgian fries… it was also huge… it was all delicious, but there was too much food! We rolled up our sleeves and started eating while we planned the rest of the day. The first thing we would do when leaving the restaurant would be to return to the apartment to take a nap! At least that was the plan…

We had really enjoyed the spaghetti and the ribs. Also, the fries were really good.

Again, the waiter came with the worst question you can be asked in restaurants that serve good food: will you want dessert? 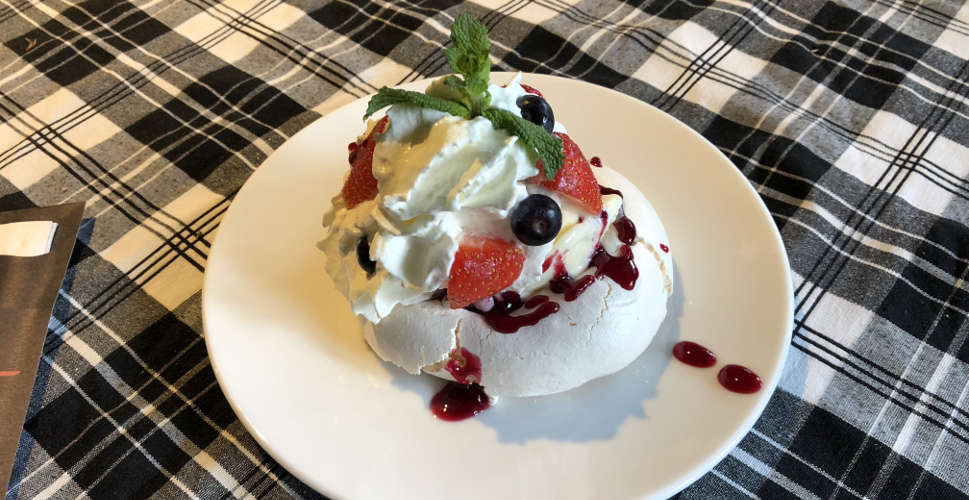 It took us very little to decide. The same thing happened to Isabel as to the Uismijter of the Haesje Claes restaurant in Amsterdam. This time with dessert. She had seen that there was merengue and it was marked gluten free. But it was not just any merengue… it was a “Pavlova” – which I still do not know what it is – with merengue, cream, ice cream and strawberries. Isabel had kept the two key words: cream and meringue. 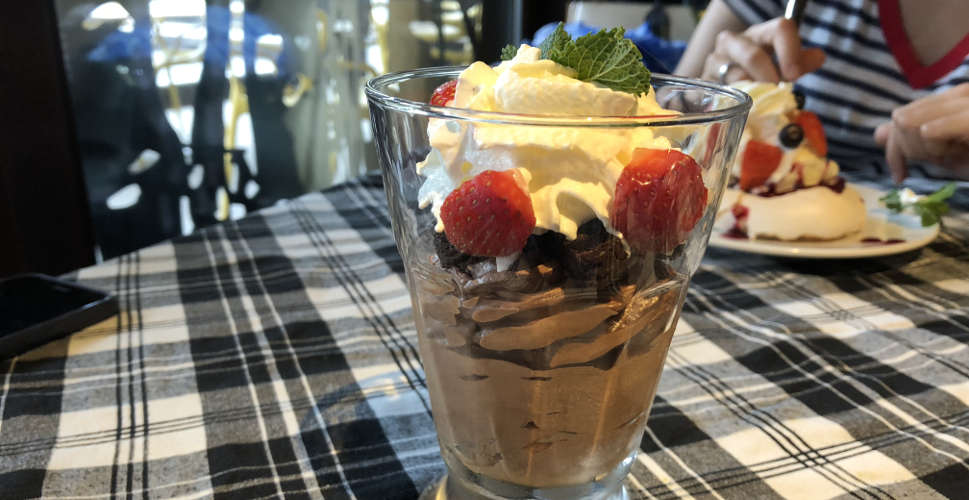 The same thing had happened to me as to her, but with the Chocolate Mouse. I love chocolate served in any way! And the texture of the mouse even more!

We rolled out of the restaurant, but we rolled in the wrong direction… when we arrived up the stairs, we found ourselves face to face with the Leonidas chocolatier… 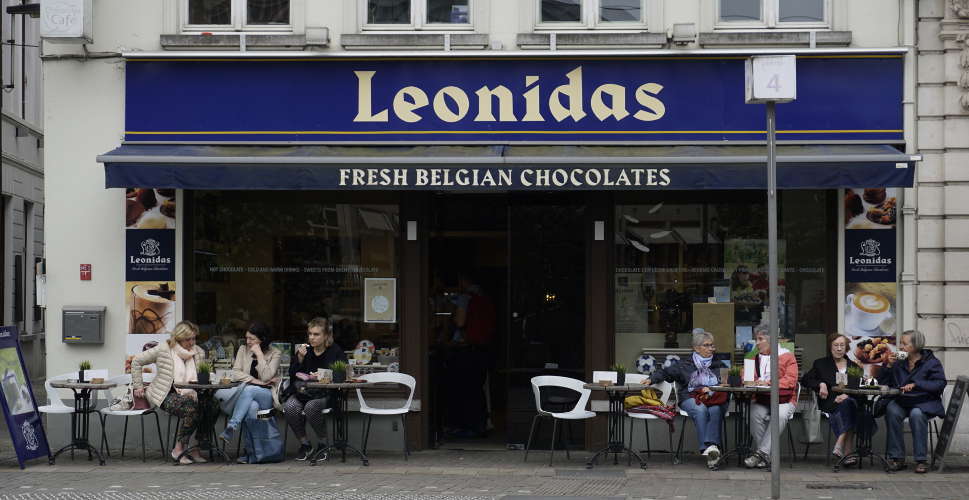 When we went in to ask about gluten free we got the biggest disappointment in the world… the clerk explained that some chocolates in bulk are suitable for coeliacs, but others have traces. Then came the fatal question… “but if they carry traces, nothing happens, right?”

“Sorry!? Of course it happens! “We thought. But we did not answer like that… politely we told her that we are true celiac and that we did not follow the diet because of fashion. Then we left… 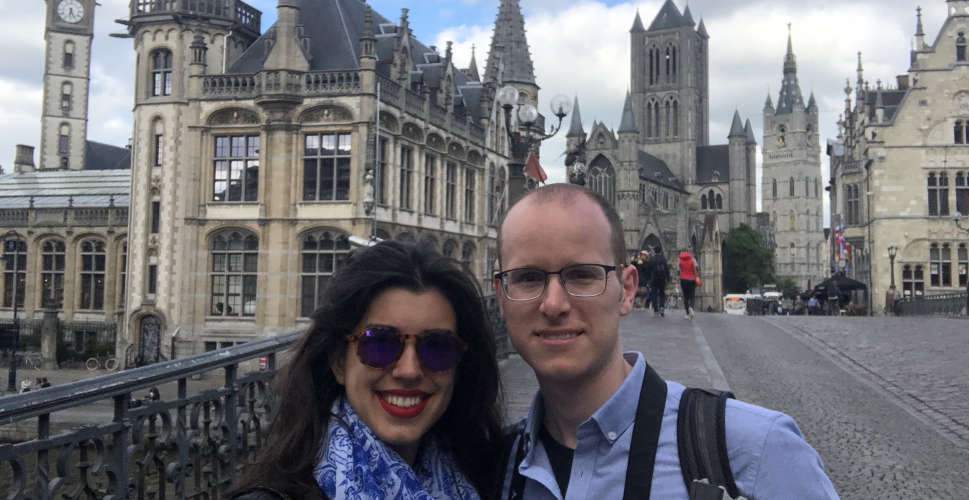 After a good nap in a bed that absorbed us for longer than we had thought, we went for a walk. Although a bit fresh, it was a magnificent day, and we got lost in the channels. 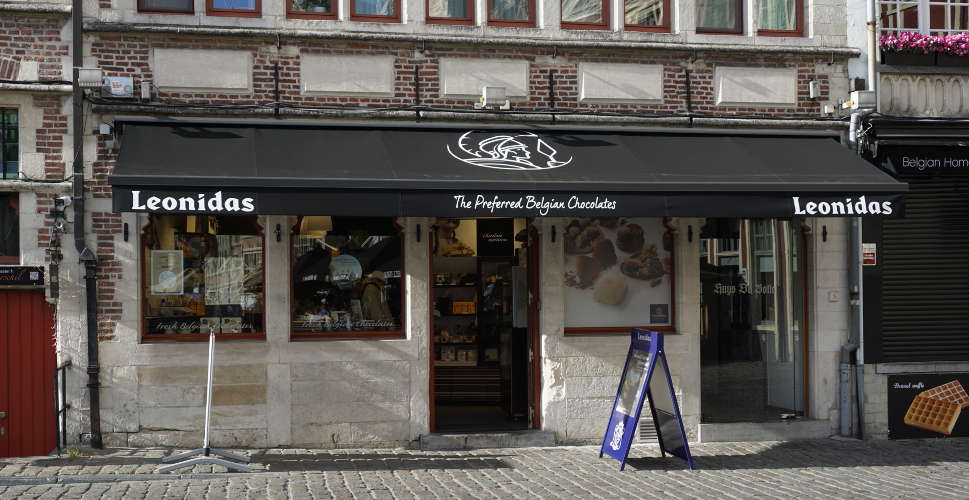 After a few hours, just before the stores closed, we were walking back home when we found another Leonidas chocolatier… we had been left with the desire to eat Belgian chocolate and, after thinking about it for a while, we went in to ask, again, the same question. 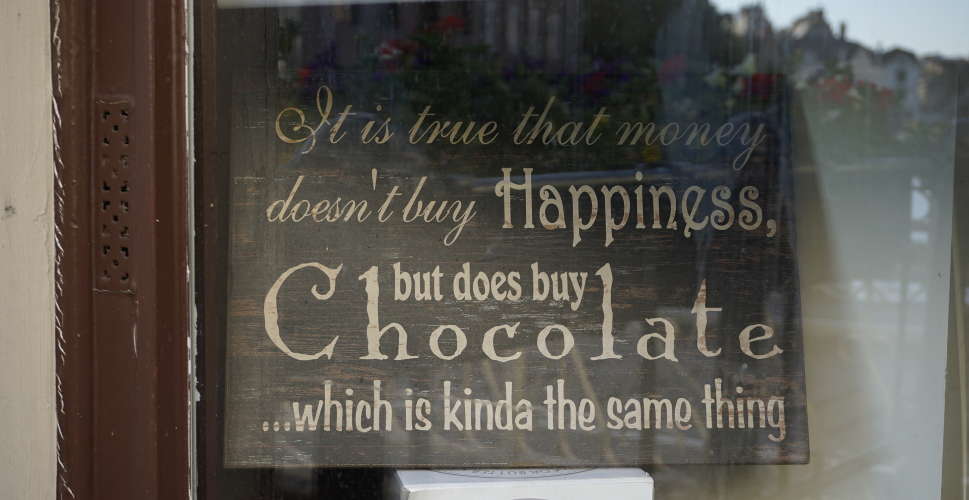 In addition, the poster that was in the window was typical of the Willy Wonka Chocolate Factory. It invited you to come in and eat all the chocolates. At least the gluten-free ones.

The woman who attended us was much better informed than the girl we asked to in the other store. She explained that the chocolates in bulk were marked with a letter with each allergen. The “G” meant that it contains gluten. And there were other letters for eggs, nuts and so on. 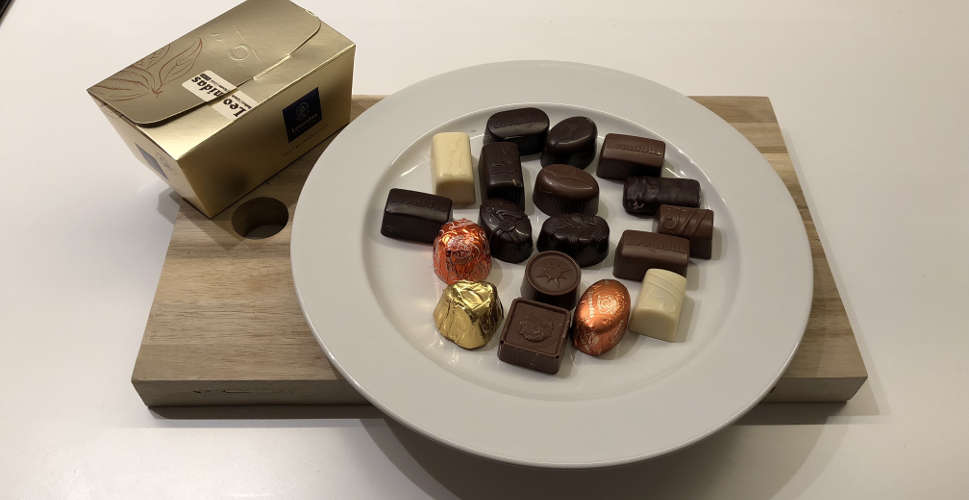 The poster in the window was correct… we left a little happier than we had entered! We returned home quickly and, after preparing a light dinner with the ” just in case” purchase that we brought from Spain, we ate four happiness pills. An excellent way to end the day!

You can see the pictures of our trip here.

Here we leave the other gluten-free restaurants in Antwerp. Although we could not try them, the comments we read were pretty good: 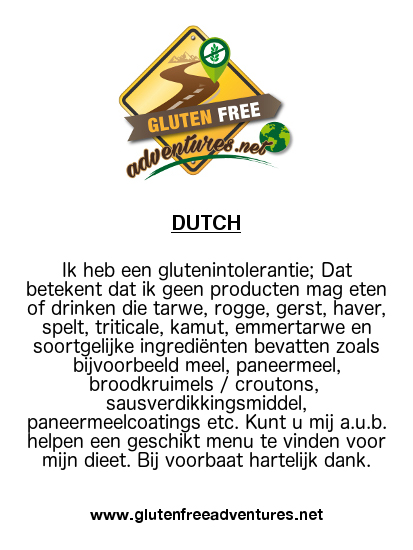