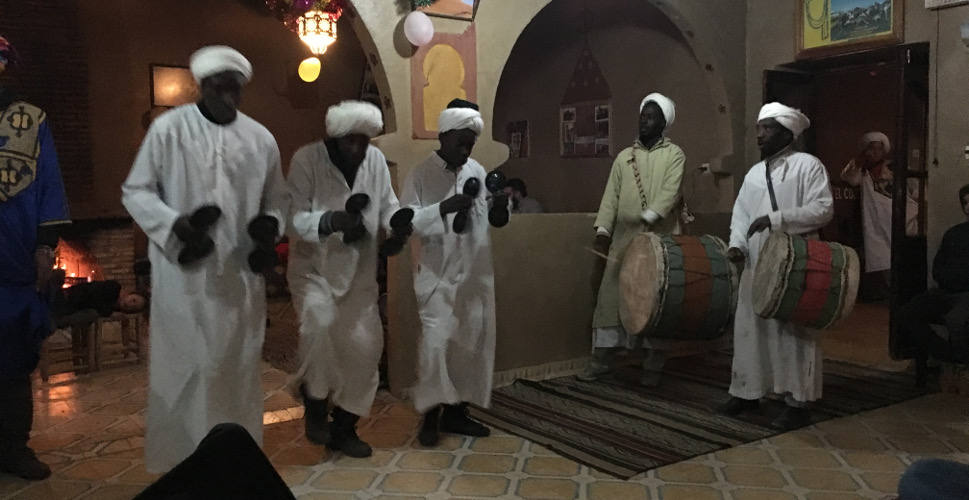 Morocco: after visiting M’Hamid we went to another gluten free new year’s eve in Merzouga!

We had already completed the first part of the trip and, same as in previous years, I didn’t have any symptoms of having eaten gluten… That was good news!

The first night at the Hotel Chez La Pacha, even with the heating up to the maximum all night, I could not get rid of the coldness… I started to feel the tiredness and the temperature changes that we suffered during the day, getting in and out of the car… besides, that night was quite cold. Thanks to the special dinner they prepared for me at the hotel, I got up full of energy and looking forward to arrive to the Lake Iriki which, to our surprise, was not at all like the maps showed…

When we left the hotel, we were looking for a gas station but… in that village there was none… well, it was full of posters of “Gazoil Essence”… so, after considering whether we would fill the tank with that liquid, finally we decided to buy 20 liters each… then, after passing a stretch of dunes, a large plain and a couple of sand rivers we arrived at the lake… or to what used to be the lake because it was dry… dry!? How can it be!?? The map was showing a lake the size of a sea! What a pitty…

When we saw the panorama, we decided to finish the tour, which gave us a circular turn around the area going down south, passing very close to the border with Algeria, where we passed several passport controls by the Moroccan army, and then driving North towards Foum Zguid, where we turned East to return to M’Hamid. Like the previous year, the night caught us again and we did the last two hours of route with a very limited vision, crossing the sand rivers and dune banks, trying not to get stuck and not lose the track.

That day we had a typical Moroccan dinner, with a soup of vegetables and a kefta tajine, a typical Moroccan dish that are a kind of beef or lamb meatballs made from minced meat and spices, which serve with eggs and rice and vegetables as side dish. That day the hotel was packed, and we enjoyed dessert while the staff played typical songs to the sound of the tam-tams. 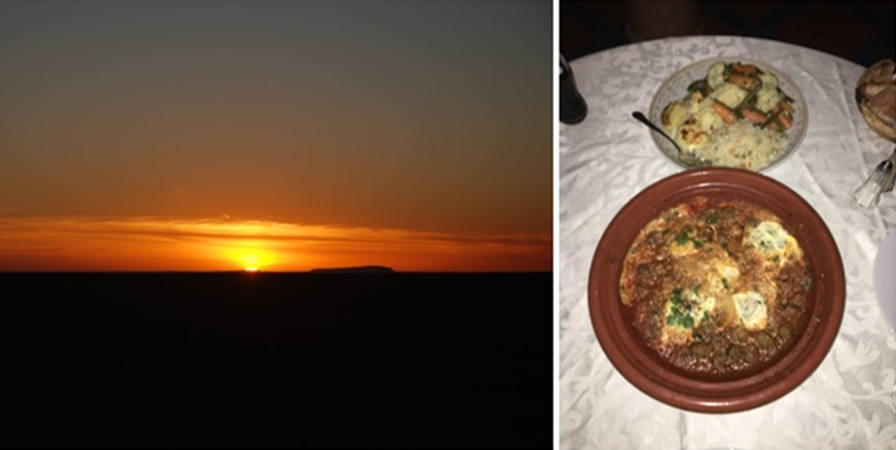 The next day, I had breakfast from my provisions again, because there was nothing gluten-free in the buffet. There was always the opportunity to ask them to prepare me an omelet or something apart, but I never asked for it. It was December 31 so we had to go back to Merzouga, where we would celebrate New Year’s Eve with some friends. Upon leaving the hotel, we went to Zagora by road and, after filling the tank, we started the route towards the Hostel Atlas du Sable, just in front of the Erg Chebbi dunes. That day we crossed many villages and stopped to give lots of clothes and toys. It is impressive how they can survive in such arid lands… in fact, when we stopped to eat, we were quite far from the last village and, after a while, we realized there was a boy observing us about 200 meters away… although it seems that you are alone in the middle of the desert, I don’t know how, but someone always comes to sell you handcrafted souvenirs or simply to observe you… the rest of the route was quite difficult and we were about to celebrate the end of the year in the middle of the desert, since we got stuck twice in the dunes… luckily Carles was able to find an alternative route with his other navigator. 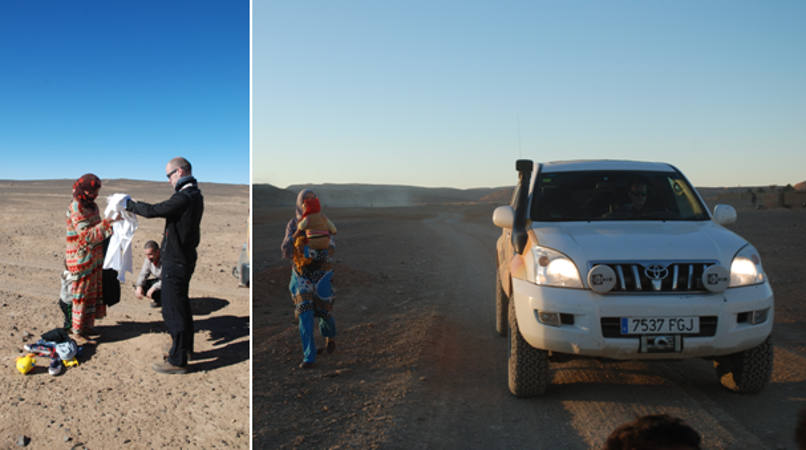 The Erg Chebbi gave us an impressive welcome with the sunset, offering us a tricolor sky at the beginning – blue, pink and white – and then an orange-colored sky that highlighting the color of the dunes. It was beautiful!

When we got to the Hostel we had another warm welcome from our friends. This is the best of these trips! Once settled and dressed up with clean clothes, we met everyone in the lounge, where we stayed until they opened the dining room for the New Year’s Eve dinner. Sandra, who already knew about my special diet, went into the kitchen and separated me a piece of potato omelette she had prepared for the guests, and indicated me what other dishes of the buffet I was able to eat: kefta tajine, stewed veal, roasted potatoes, boiled eggs and sirloin. The sirloin that Alejandro brings every year from Alicante… So tender… OMG! Hosted by people like this, it is very easy to travel without gluten!

As we took dinner quite early, we returned to the dining room until the time of the 12 bell strokes… yes yes, like in Spain, but in Morocco haha! In fact they do it in a very special way, since Ali el Cojo (the manager of the Hostel) play the strokes with a tam-tam and… haha! let’s say he does not really have the rythm, as he starts slow and finishes very fast. And, to top it up, the famous Valencian traca and the fireworks of Pepe. I love it!
After that, the Berber party! First with some typical dances and then a group of music play very Spanish songs to make people dance… actually, there are a lot of Spanish people down there at this time!
As always, we enjoyed ourselves a lot with the rest of the people but, as we were totally exhausted, we went to sleep at around at 2:30 pm. 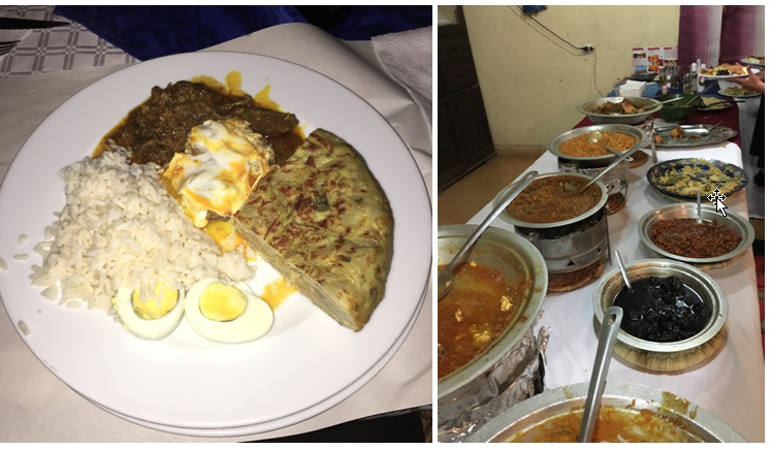 The rest of the days were much more relaxed because we did not make long routes. From the 1st to the 3rd of January we drove through the dunes of the Erg Chebbi. This year they were perfect and, to be true, every year we get better too! We celebrated January 2nd at Hasan’s Maison Acacias restaurant, the restaurant where I met Carles and Aurea, 2 years ago.

Usually they serve a Moroccan salad made with rice, chopped vegetables, boiled eggs, olives and sweet corn but this year they had to prepare me a separate one, since they put pasta in it… luckily I could eat the chicken skewers with those delicious French they cook. Right after eating, we decided to go back to the Shelter because we were freezing… that day was way too cold… and the day after, while we were in the middle of the dunes, cheering up the participants of the Africa Eco Race – a race that passes through some Of the sections of the Paris Dakar – I finally got ill. 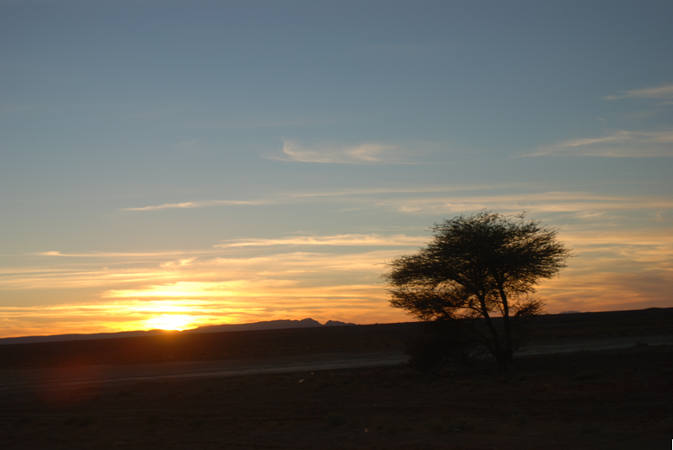 After the race, we went back to the hostel to eat and go to the Hotel Xaluca of Erfoud to spend my last night. The maitre remembered me so he proactively took me to check what was gluten free in the buffet. No need to show the celiac travel card again. They stayed a couple more days, but I wanted to go back to Spain a bit earlier to visit Isabel before returning to the work routine. On January 4th, we had breakfast together and I took the opportunity to prepare the sandwiches to eat along the way and to have dinner on the boat that would take me from Nador to Almeria. Truth is that I was very excited to see Isabel again and to give her the HAPPY NEW YEAR in person. And give us the Christmas gifts haha!

Like last year, we went to eat at El Secreto restaurant, at 81 Calle Alfonso VIII in Cuenca. It is a restaurant located in one of the “skyscrapers” of the city, overlooking to the Cerro del Socorro. Very beautiful! And best of all, of course, is their gluten free menu. The indications of the allergens are very clear, and the food is great. This time we had a foie gras tub with a freshly roasted gluten free bread that was delicious and, as main course, lamb chops with baked potatoes. As we could didn’t have space left for the dessert in our stomach, we went for a walk. For dinner, we fancied the opposite, so we went for a gluten free menu at the McDonalds. 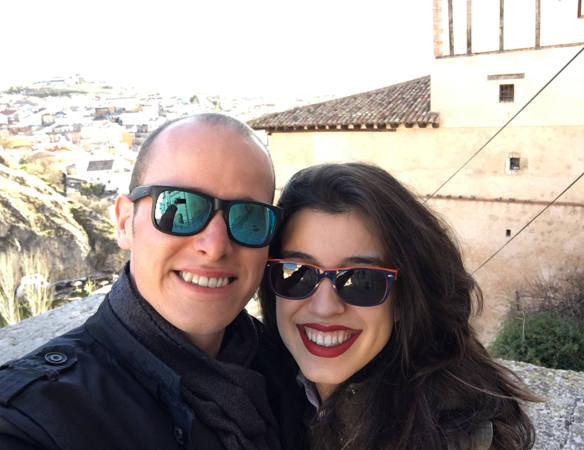 And of course… The trip could not end better! For breakfast, we took Pancakes with chocolate cream and a delicious chocolate brownie – the best I’ve ever eaten – that I took with me to Barcelona… 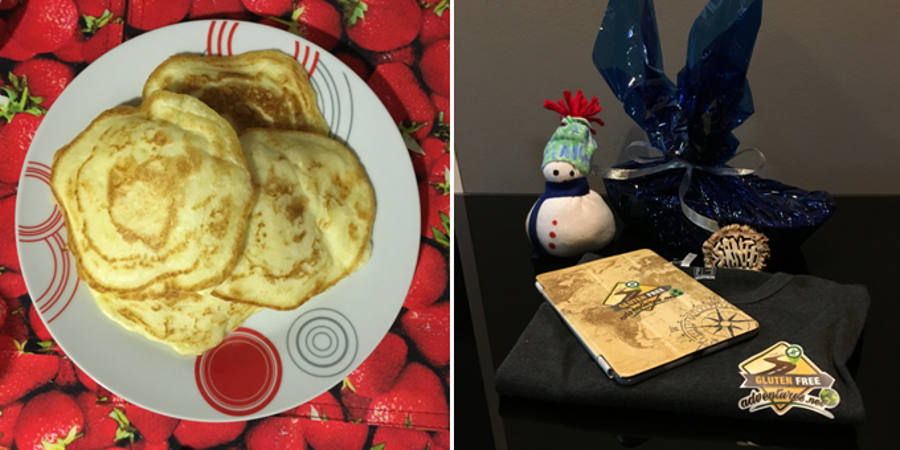 Click here to see the pictures of the trip. 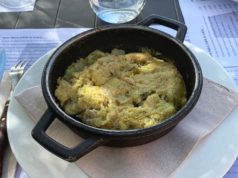 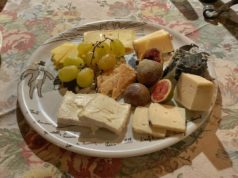 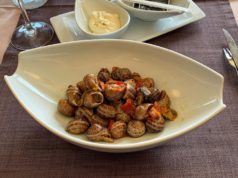 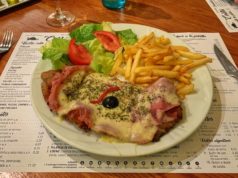 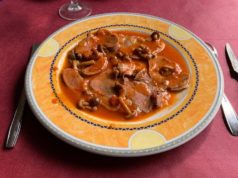