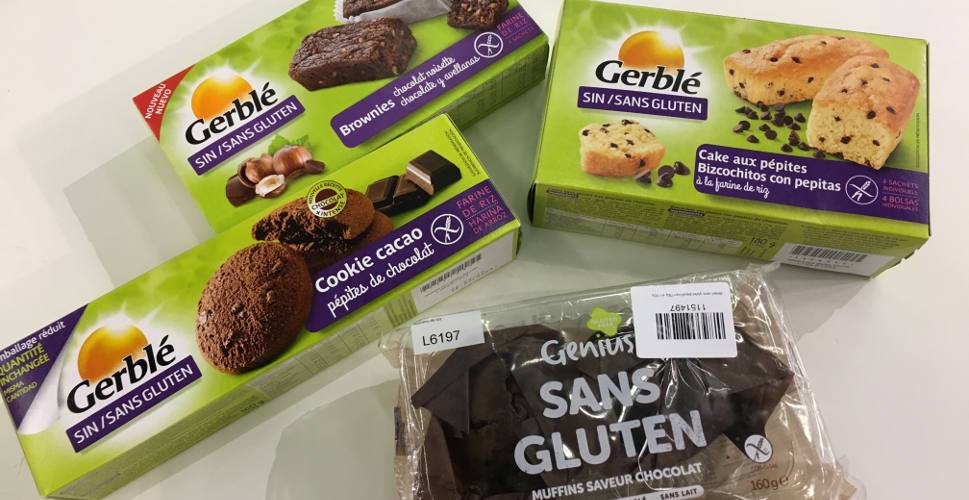 Paris: this time it was a total failure to eat gluten-free there

It was just two days since I arrived back from Chicago (here you can read the first part, second part and third part of the trip) and I was on my way out of Spain again! Awesome! This time I was traveling to Paris! Paris!? France!? Gluten free!?
Although France in general has a bad reputation for celiacs, the other times it had been there – at Carcassonne, Toulouse, Besançon and also in Paris – I had never had problems with food. Okay… French people are a bit special with the pronunciation of “gluten” but they know how to cook without gluten. In other trips to France I ate at chains such as Buffalo Grill or Hippopotamus, or even in some random restaurant in the medieval part of Carcassonne. In fact, the last time I was in Paris in 2014, I went to the Creperie du Clown at No. 6 of the Rue des Canettes… actually I wanted to go back there for dinner one of the 4 nights I would spend in Paris, buuuut sometimes dreams don’t come true!

Just after arriving at our hotel – the Pentahotel de Roissy-en France (near the exhibition venue) – we dropped our bags into the room and went down to eat. When I got the menu, the first thing I did was to look for the gluten-free symbol… nothing… was not there… well, then I looked for the word… hmmm… couldn’t find it anywhere… then I searched for some text that referred to allergens… no trace… well… when the waitress came to us, I gave her the gluten-free travel card and she told me she would go to the kitchen to ask what could be prepared gluten free. When she came back explained that I could only eat meat with some specific sides… I went for the safety choice: entrecote with grilled vegetables. The problem is that the vegetables were not grilled… and truth is that I didn’t know how they were cooked so, after eating a couple of pieces, something inside me told me to stop eating that… 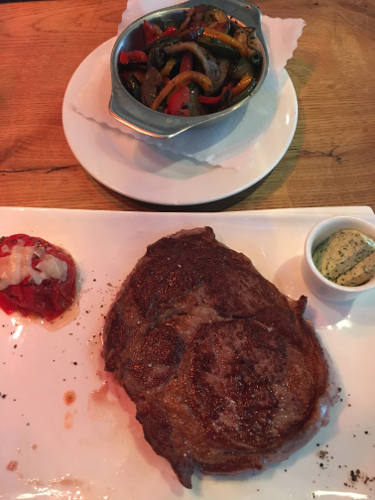 Yes! You are absolutely right! I shouldn’t have tried the vegetables… after 3 or 4 hours, when we had everything ready at the stand, we decided to go to Paris by train to have dinner with a friend of my workmate. But, troubles arrived! I couldn’t get out of the fair now… right after lunch, I started feeling bad. Since it was only two days that I was back from the United States, my first thought was that the reason of feeling like that was jet lag. When the pain settled in my belly, I realized that this was not the reason. From this point on you already know how the everything evolved… right! When we were about to exit of our pavilion the pain was already unbearable and I had to run to the bathroom. Went I finally got out, I already knew that was only the beginning; then quickly took a taxi to go back to the hotel… I almost couldn’t make it to the hotel! I had to run again to my room!
That day I did not even have dinner… and I had a horrible night!
The next day, I was still feeling bad and I decided to stay in the hotel and sleeping a little more. At 11 am, I went to the show.

The cookies you see in the picture above turned to be my only food for the rest of days… and at night, grilled meat with baked potato. But the pain was not stopping… Luckily my colleagues took good care of me! One of them went to the supermarket to buy the cookies that – although the chocolate is not the best food to eat when you have stomach ache – at least gave me enough energy to bear the day, since it was the only thing I ate. At night, my other mates (also from France), talked to the waiters and insisted that they should be careful in the kitchen.

If you have ever felt like that, you will agree that this is one of the worst things that can happen to you while being out of home… and if you have to work it becomes even harder, but, as Sinatra – I love Frank Sinatra – says in one of his songs: “That’s life!” Even so, after dinner there was always time to play pool! Besides, since my room was not far away, if I had to run again I could always ask for dead time-break!

You can imagine that I didn’t have a pleasant flight back home, but luckily Paris is not far and I got home very fast. Rice and boiled ham… how good was that! This was my meal for the following days to the trip, until I was 100% recovered I did not go back to my usual diet… On this trip I lost almost two trousers sizes!

Well, you see! The travel destination has little to do with the risk of gluten contamination… in countries like Thailand (read post part 1 and post part 2) or Morocco (read post part 1, and post part 2), which may seem risky destinations for a celiac people, nothing ever happened to me… and a trip to France, which is a European country that should be aligned with current laws, turned to be the worst of all my trips… but hey! In some Spanish restaurants the same can also happen… In fact, this can happen to us anywhere! And precisely for this… we must not stop traveling!

From this trip I have no other photos than the ones that appear in the post… but I recommend reading this other post about what happened to me in a Spanish restaurant that comes with the right question: Do waiters know what products are gluten free?