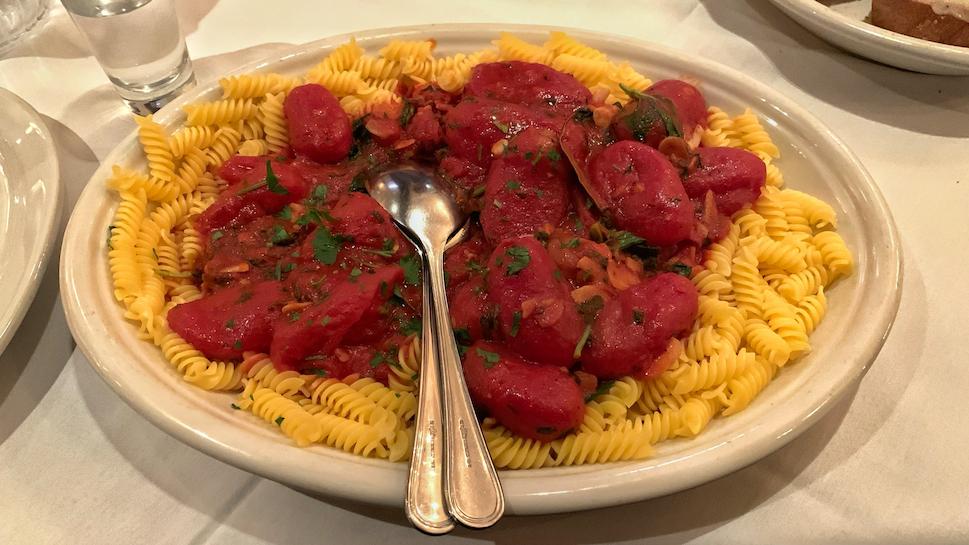 Because of the previous day’s dinner, I started the day with a bad stomach… during the night I had had symptoms of gluten contamination and had not been able to rest either. I had a promising day ahead of me… I had breakfast in the room, some gluten-free cookies from the “just in case shopping”. There hasn’t been a time I’ve traveled to the United States without feeling sick… and I still had a few days left to discover more gluten-free restaurants in Washington DC. 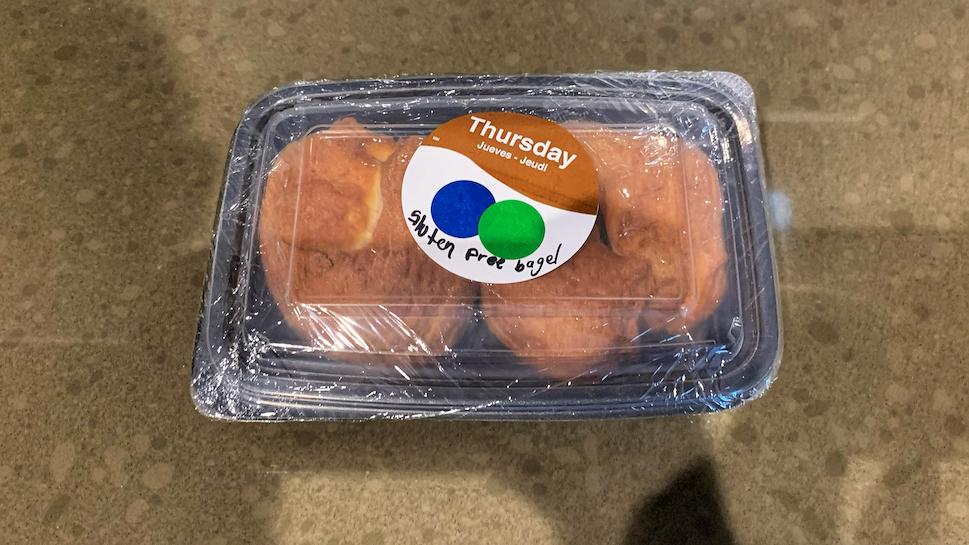 That day was full of meetings about different marketing actions that we wanted to implement at a corporate level. We would spend it in a room of the hotel where they would bring us the catering to make everything more efficient.

Before starting the meeting, I talked to the organizer to ask for an alternative to my meal, since it was served by the Walrus restaurant, the same one we had dined at the night before and, as I had been contaminated, I didn’t trust it. I didn’t want to take any more risks!

Reluctantly, the organizer asked for a change in my meal. Chicken salad again, but from the Redstone, the restaurant where I had dined the first night, when the others had not yet arrived. Everything had gone well there.

Mid-morning they brought gluten-free bagels that looked like rocks…it wasn’t going to be a very good trip food-wise. Lucky that the day before I had had time to do a little sightseeing and try a gluten-free restaurant in Washington DC with separate gluten-free kitchen. 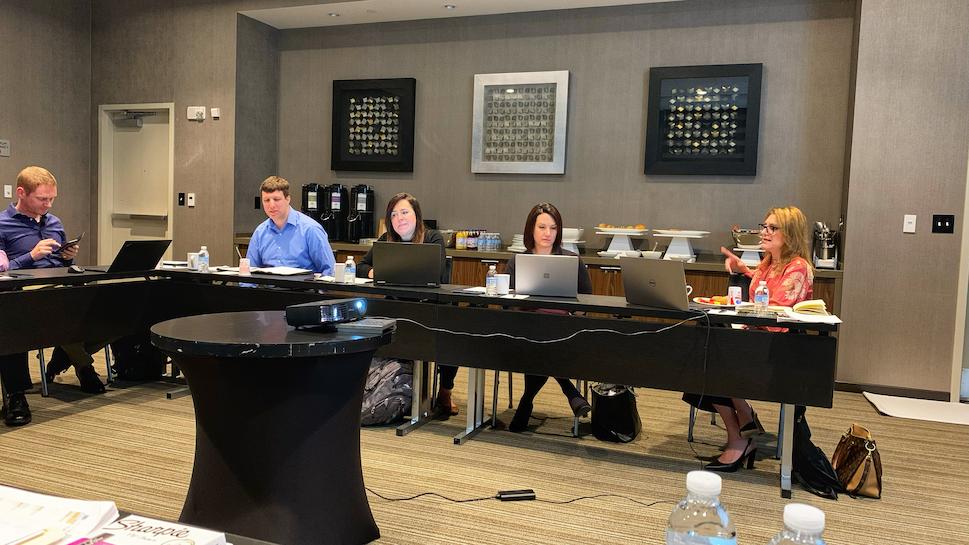 After the day of meetings we were allowed an hour to rest and get ready to go out for dinner. I took the opportunity to rest and take another probiotic to try fix my tummy…

We were going to a chain called Carmine’s Italian Restaurant at 425 7th St NW for dinner. The restaurant was cool but they didn’t have many gluten free options. The meeting organizer is the one who was in charge of ordering for everyone. She ordered a few starters to share (which I couldn’t eat any of at all) and then we each ordered an entree. I ordered a gluten free pasta dish with tomato.

Drinks were served quickly but the food took forever. In fact, the organizer went to complain twice because it was taking so long… 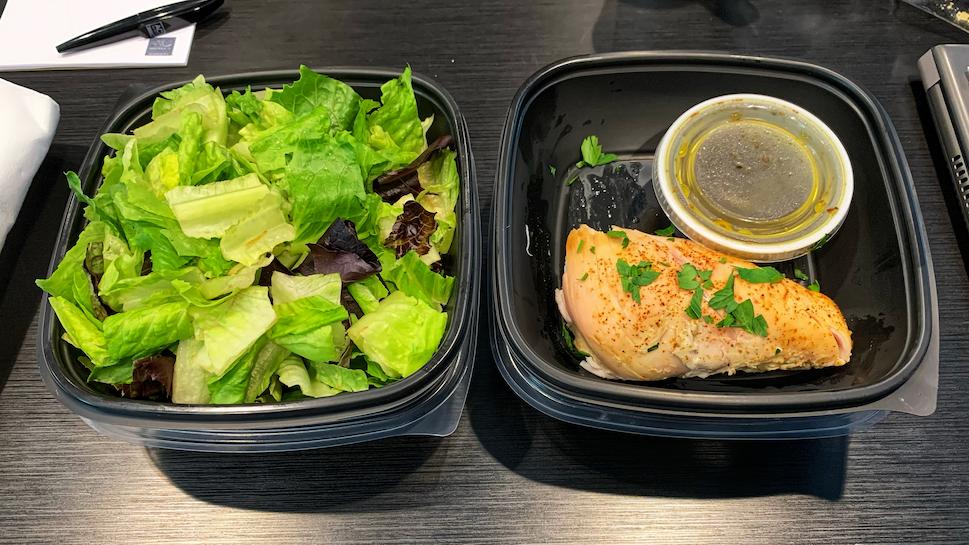 The food arrived all at once. The starters along with the main courses. Silence was created as everyone began to eat. Everyone but me… my plate hadn’t arrived. There were coworkers who had already finished their main course and I still didn’t have my gluten-free pasta dish. Some were already talking about going for a walk to see The White House. I wanted to go too! But I also wanted to eat dinner!

They brought my plate, a huge tray of gluten-free pasta. I didn’t think I could finish it but at least that huge amount of pasta would help me make up for the bad food I had eaten throughout the day…some crackers and a chicken salad.

Again, the plate did not arrive… I finally got tired and said we should leave. I wanted to go see The White House too. I would eat from the “just in case shopping” when I got to the room or I would order something from room service. What a dinner!

On the way out, the organizer came up to me and told me that she didn’t like my attitude, since at lunchtime I had asked for a change in food because I didn’t trust the restaurant and for dinner I had refused the second pasta dish even though they were waiting me. I was in a bad mood too!

Honestly, I didn’t expect that reaction from the organizer… really? She had complained twice that it took too long for the food to be brought. She hadn’t even left a tip, and she wasn’t okay with my reaction? She was freaking out! I had asked for a change in the lunch because the restaurant serving it had contaminated me the night before despite assurances that there was no problem with the roasted chicken I had ordered. And during dinner the pasta was inedible and it had been half an hour since we had asked for a repeat order and everyone wanted to leave. I was really hungry and preferred to eat later so we could all get out of that restaurant! Anyway…

I admit that on trips to Morocco, Thailand, Serbia, Bosnia, India, Tunisia, South Africa, Israel and even France I have taken risks in some restaurants, but all the times I have gone to the United States I have ordered simple dishes, with little risk and always from the “gluten-free” menu. It is in situations like this that I really notice the difference between traveling for work or leisure. Leaving aside the way I can discover the cities and countries I visit, the fact that I have to follow the group at mealtimes is what makes it really complicated when you have allergies and intolerances. 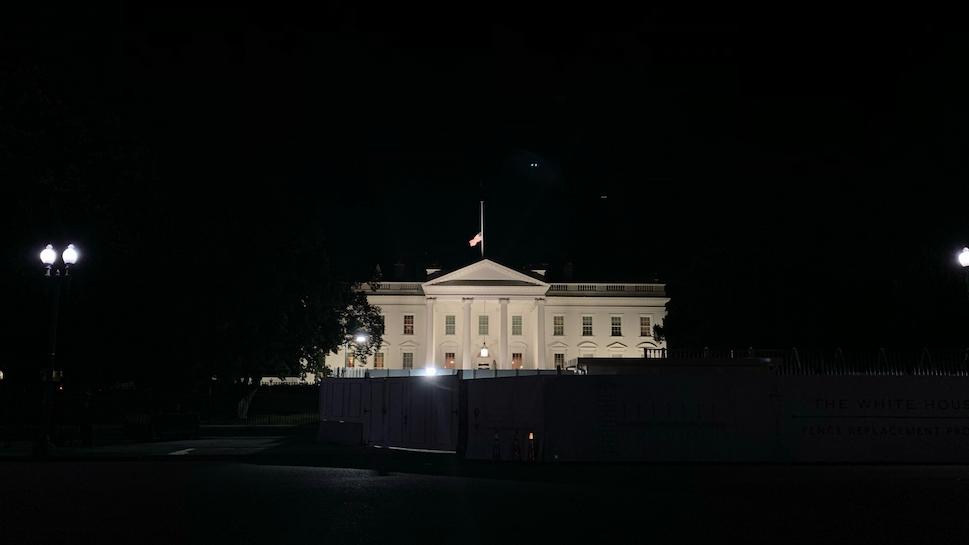 After leaving the restaurant we went for a walk around the area. We arrived till The White House. We could not go around it because it was full of barriers and fences. I don’t know if this was the usual security around the house of one of the most powerful person in the world or if it was there because there was a rally or demonstration.

We arrived at the hotel a little later than I expected and I did not have dinner. The next day was the last day in Washington DC and we were registered to go to a marketing conference at a convention center near the hotel. 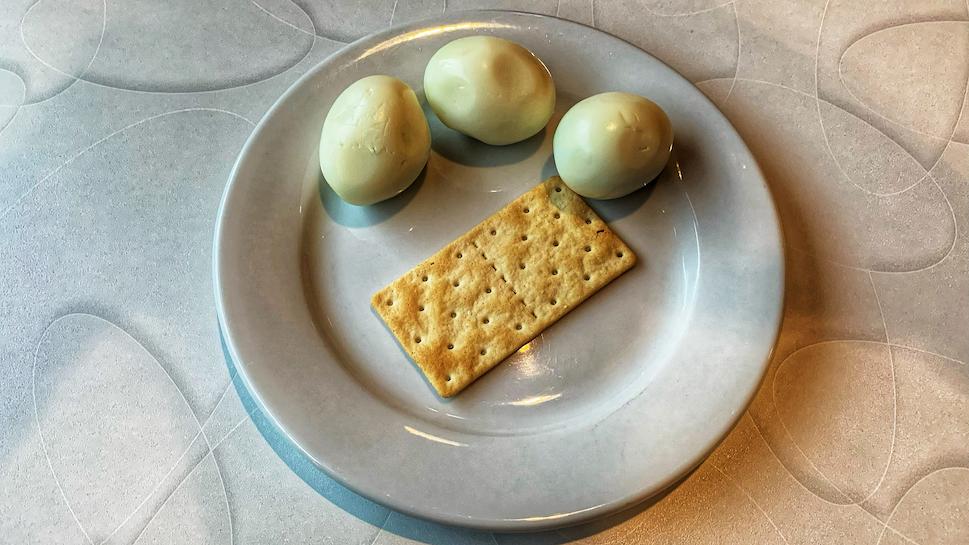 I woke up starving and with little desire to attend the Marketing conference, as interesting as it was… In my hotel there was not much gluten-free option for breakfast, so I didn’t have anything because I had no gluten-free products left from the “just in case shopping”… after checking out, I met the colleague from the United Kingdom in his hotel. Since he had a rather more complete breakfast buffet than what my hotel offered, I snuck in to eat the only thing that seemed safe: boiled eggs with gluten-free crackers. Delicious breakfast, right? Yes… it’s ironic! 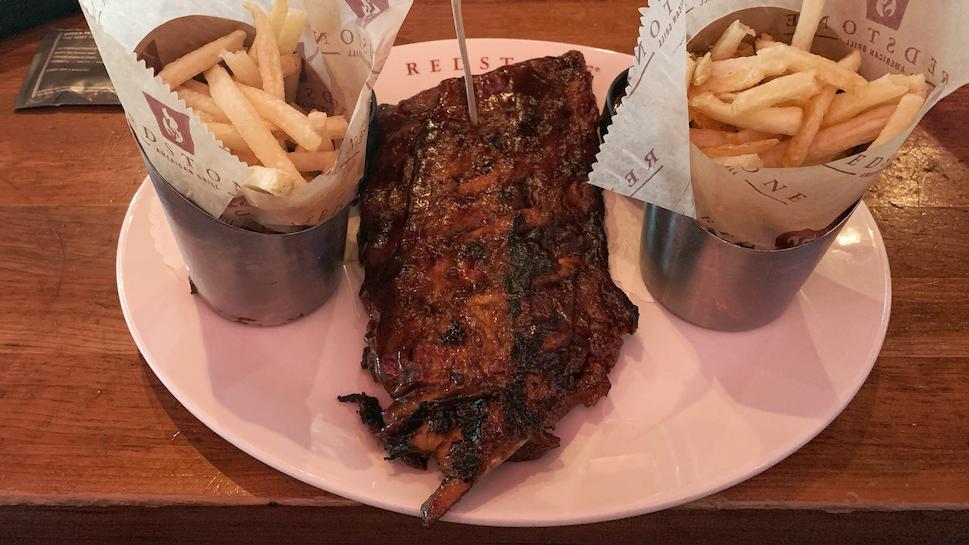 By the time we left the conference, some of the local folks were already on their way home. There were about 10 of us left. It was time for lunch and I knew where I would eat. At the Redstone at 155 National Plaza, Oxon Hill. I had eaten there the first night and everything had gone well, so I didn’t want to gamble with another restaurant and I wanted to say goodbye to Washington DC with a better memory than the last experiences in “gluten-free” restaurants.

I ordered exactly the same as the first day: pork ribs with fries. This time, as I guess there were quite a few of us at the table, they identified my dish with a stick that said “allergy” on it. 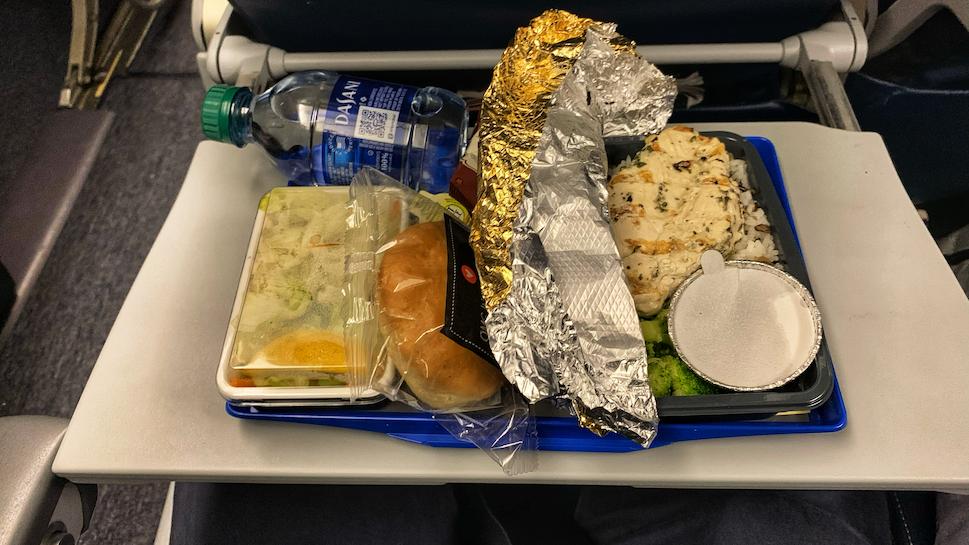 The flight back wasn’t very good in terms of food either… based on my experience in Las Vegas and this time to Washington, it seems that with United Airlines you have to be well prepared… just in case! 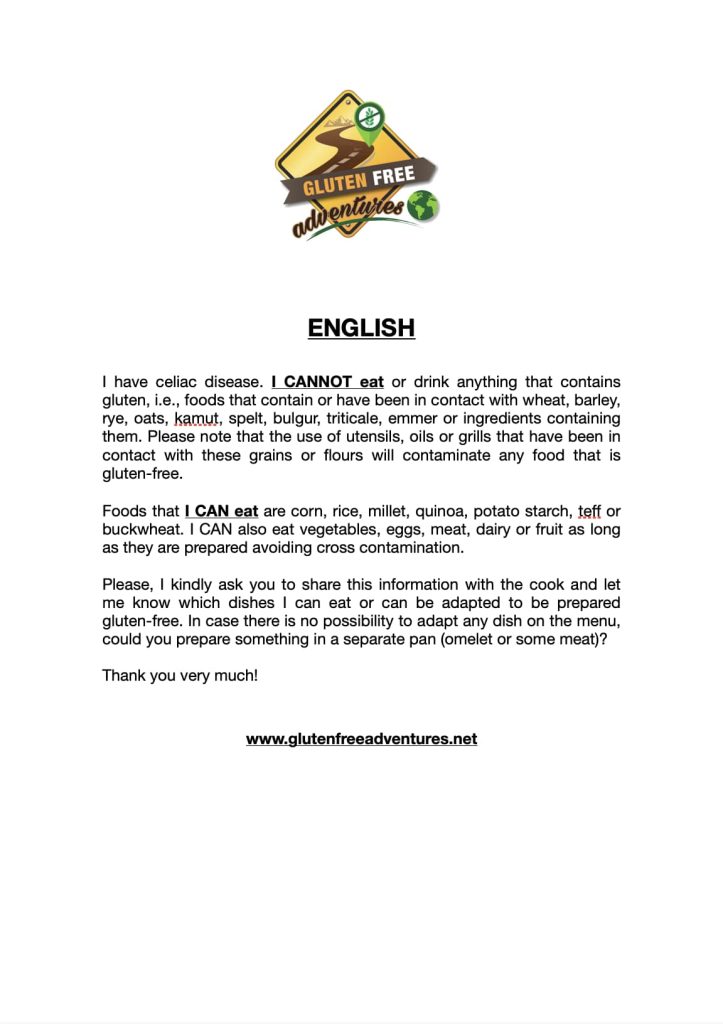