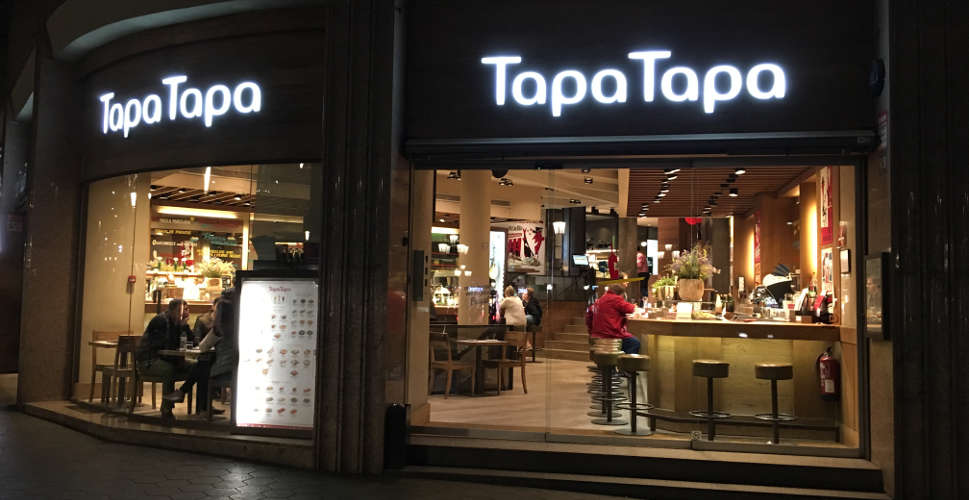 Tapa Tapa Restaurant: when they say yes… and it turns out that it is not, and you eat gluten without knowing it!

We have taken a long time to open the GLUTEN FULL ADVENTURES section – mainly due to lack of content, which is good news – but unfortunately, the Tapa Tapa restaurant in Barcelona, at Paseo de Gracia number 44, has given us the opportunity to start with the section… since now we already have two articles: Paris and this one!

Let me put you in situation!

Last week I was with a client from South Africa. Nico arrived on Monday and stayed in Sabadell. Due to the busy schedule we had with him, we could not go to Barcelona until Wednesday. That man had never been out of South Africa and was dying to see the city. So, when we finished the meetings that day, we went to Barcelona with the aim of visiting the city center (Cathedral, La Rambla, Christopher Columbus Statue, Maremagnum… etc.).

As you know, most foreigners come to Spain not only to see our wonderful cities, but also to taste how well we eat. Tapas are one of the dishes that have gone beyond our borders and he wanted to have Spanish tapas.

My idea was to go to El Nacional Restaurant, at 24 bis on the same street as the Tapa Tapa, but when we arrived there was a long queue to get in, so we continued upwards. Then I remembered that someone had told me that it was possible to eat gluten-free in the Tapa Tapa. Without thinking it, I called the restaurant to ask if they had gluten-free stuff, and also to book a table for that same night.

I was attended by a very nice girl who told me not to worry, that I could eat well, although obviously I could not eat everything. It did not seem strange to me, since normally we can never eat everything.

While we were waiting at the bar, the girl came to explain the menu, which is the same paper placemat that they put on the table. She took the pen out of her pocket and began to explain what I could eat and what I could not: first she eliminated the little “montaditos”, and she explained that they did not have gluten-free bread, so I could not eat any of those; then she began to cross out the fish dishes, since I had explained that apart from celiac, I am also allergic to fish; and then the triage began: while recommending some dishes to my partner, she told me what of her recommendations I could eat and what not. In addition, besides indicating also the dishes that I could not eat because they had bread or batter, she also told me which could contain traces of gluten, either because of how they prepared them in the kitchen or because their supplier could not assure them of their absence. Listening to that girl explaining the menu with so much detail made me feel safe and calm. I was convinced that I would eat great…

Finally we decided to start with four orders:

As they brought us the dishes, my client started smiling. He was happy to eat all that, so far from home! And I was also happy because I really wanted to eat those tapas. As they had explained to us, except for the mussels (because of the fish allergy), the rest I could eat everything with ease.

Then the alarms started… another waiter came quickly and told me that “if I was very celiac” I’d better not eat the starry eggs, since the potatoes could be contaminated. I got a bit upset, because while that girl explained the menu to us, I insisted that she confirm that I could eat the fries. When she returned from the kitchen her answer was blunt: “Yes, do not worry!”

Suddenly, my options for dinner were further reduced. Of the four portions we had ordered, now I could only eat two: the Iberian ham and the pinchos. Before he left, half angry, I asked him again if the skewers were gluten free. His response was the same as the girl’s: “yes, do not worry!”

When I explained the situation to Nico, he told me that he would eat the mussels and the starry eggs and that I would eat the skewers and the ham. It seemed like a good deal, but I also gave him one of the two pinchos that they had brought for us to taste. My dinner that day would be a plate of Iberian ham and a skewer. I’d eat something when I get home, I thought.

After dinner, we went back to Sabadell.

When I got home, I went straight to sleep. In the middle of the night the problems began. First I woke up because I started noticing stitches in my belly. I tried to put up with a bit but, at four in the morning, there came a point that I had to run out of bed to go to the bathroom… those who have this kind of symptoms when eating gluten, you know how badly it happens…

Luckily, Nico came at 9:15 in the morning, so he still had time. I took a probiotic and ran back to the bathroom … I was sitting there until after 7:00… and the pain and diarrhea didn’t stop yet. At 8.30, it seemed that my belly gave me a truce, so I took a quick shower and went to work. I arrived 5 minutes earlier than Nico and had to run back to the bathroom. The forecast was a very horrible day!

Throughout the morning, I absented myself a couple of times with some cheap excuses, to be able to go to the bathroom. I was having a terrible time! And also, I had to go to eat with him too… in one of my runs to the toilet, I called the restaurant where we always go with the customers and asked them to make me white rice and grilled chicken breasts. That day I could not eat normal.

At night, destroyed, I got home and went to sleep without dinner… I no longer had diarrhea but my belly still hurt. I felt bad until Sunday…

What I have learned is that the next time a waiter tells me not to worry, but someone else comes quickly to tell me not to eat what I have been told that I can eat because I can have gluten, I will get up and leave the restaurant. 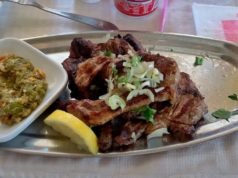 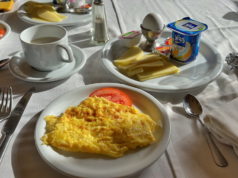